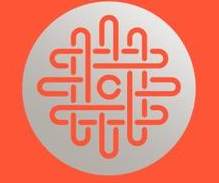 Disclosure : I am not a US citizen nor living in the US. I have NOTHING against Google, I actually like what they do! And I do apologize this is not about programming...

A few days ago I read an article about a new venture of Google and the US government. It was about providing free internet for families who can't afford a decent internet connection. Which is a very noble cause. The internet is nowadays (almost) a basic right, and should be given for free or at least at a very cheap rate to families that actually need this help. It is all part of the ConnectHome program, which is a blessed attempt to try and bring an internet connection to all.

I would usually not be bothered by such an article and would probably be very happy for those families. I would also have a very positive opinion about Google after reading about it - such a generous thing to do. It is! Providing a free internet connection, and to those in need! That's amazing. The only problem is that I just finished reading Dave Eggers' "the circle", and I feel like this is another way of actually closing the circle in real life.

If you are not familiar with the book, go read about it a bit. Or go ahead and read it! I really liked it. And I just found out they are making a movie! With Emma Watson and Tom Hanks. What could go wrong?... In short, it's about a huge IT company which, in general, is trying to do no evil, but eventually leads to a very interesting form of government, all in the name of transparency and freedom. People are encouraged to give up their private life by using their wonderful online products, that will, of course change their life for ever. For good or for worse.

The biggest turning point is when the circle connects a few politicians to an always-on surveillance camera, again, in the name of transparency. This mix between a privately owned company, whose sole goal is to make more money for their investors, and the government, whose sole goal is to honestly take care of the public (whether they elected them or not!) is a very dangerous mix. I won't write about the result in the book, because it'll destroy all of the fun of actually reading it.
But I do want to write about real life. I'm not one of those paranoid aluminum-foil-hat people. I use Google on a daily base. I use Gmail, their wonderful calendar, I post my son's pictures on Google+ and I even write this article an Android tablet! But I do believe, that mixing private and public will not end well. A company, private company, cannot be generous unless they somehow benefit from it. Google advanced us so much! But eventually they do most of what they do so they can track information better so they will be able to sell us more commercials. They create the best products, amazingly comfortable, all for free. But they can do that! And you can decide whether or not you want to use them.

I remember reading a nice sentence - if you are getting something for free you are the product, not the client. Which is true! Think about Facebook, Google, Twitter - they all give you the best possible product, so you will keep on using it and click on more commercials. Which, again, is fine by me! It's your decision. Use it or not. Its their business model, which is an accepted business model. The question is, in that case is - what does Google get from being so generous. I couldn't find anything publicly written about that. So it just makes one wonder...

..."President Obama and Google have decided to provide free or low-cost Internet to people who live in low-income homes."

I do hope you see what's wrong with that sentence.

Again - I am not a paranoid :-). The ConnectHome Fact sheet is actually not that bad. But this article that I read is not the only one presenting this tight connection between the two parties. There were others. There are articles who don't mention Google at all, which I would find a bit more relaxing.

I found it very amusing as I was reading today about this group of people (I don't like the term "hackers". that wants to sell secrets about the MH-17 crash. They are asking for 10,000 Bitcoins. On the main page (https://joker.buzz/), they write this sentence :

FOR WHATEVER IS HIDDEN IS MEANT TO BE DISCLOSED
— Bible In. Evangilie Mark (chapter 4, article 22)

The question is (or actually Dave Eggers' question is) - at what cost?

TypeScript 1.5 and its ES5 output

An overview of the way TypeScript transpiles some of its new features to an ES5-based JavaScript code.

No, there are no race conditions in JavaScript

Exploring the (non-existing) race conditions in JavaScript, and why they can never happen.