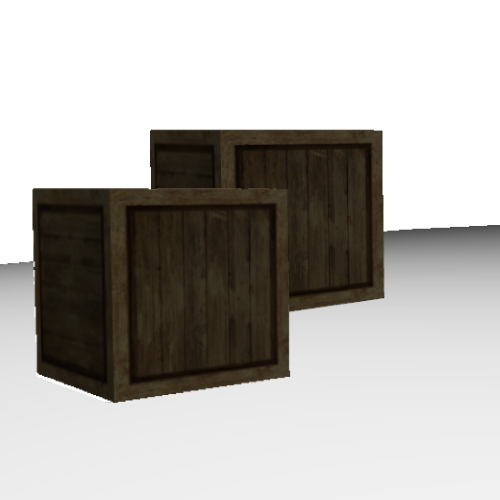 So, what are we talking about?

The goal of each canvas-based framework on the web is to reach the holy 60 FPS rendering. The more features are being added to the party, the slower the rendering will be. One of the more CPU-consuming tasks in BabylonJS is the native collision system, that prevents a camera or a mesh from going "through walls". A much-needed feature in a game engine.

A simple way of seeing the integration of the collision process (of a camera) would be:

The scene won't finish rendering until the collision sends a new camera position. The longer it takes, the less FPS we achieve. With simple meshes this shouldn't take long. But since Babylon is checking collision against the entire mesh structure (and not only against its bounding box or sphere) this can take a while with complex meshes in the proximity of the camera.

Without explaining what workers are (maybe in a future post!), a worker is the JavaScript way of parallel processing. It allows a computation to run in the background and keep the view (or main) thread "free" to render the actual view. Sounds like just the thing we need!

But! Workers have their limitations.

My assumption is that to avoid this confusion, the worker's specification states that a worker can only be started using a new file, not allowing an implementation like I've shown before. Which is totally wrong! please don't use it...

There is a way of loading a worker from the main thread using "stringed" functions and blobs, I will discuss this is a future post.

To calculate collisions properly, the collision systems needs to have the entire information about each mesh - it's global transformation, visibility, sub-meshes and of course its vertex data - especially positions and normals. And it should, of course, always have the updated information, since meshes' transformation is constantly changing as well as the camera's.

As I wrote before, the worker doesn't have this information, and it has to be sent to it. There are a few ways of solving this:

In part 2 I write about the development process that eventually led me to use the 2nd variant.

I showed earlier a (highly professional!) activity diagram showing the process of collision detection. The collision detection system cannot be entirely asynchronous - it would make no sense to move the camera forward and only afterwards get the position correction. The camera will jump constantly back and forth.
Another async-mess would be due to the fact that the

command is storing the messages sent in a kind of a message queue and the worker processes them one after the other. In theory it is wonderful. In action it would mean that if the worker takes longer than a frame to process a message, the next message, that belongs to a frame before will be processed even thou this frame is already gone. It would look like this:

Which would lead to some major problems in calculating the collisions.

A certain synchronization had to be achieved.
In part 2 of this article I explain how I solved this and more.

Took quite some time, but my blog is finally ready to go.